Sound is an unique feature of the earth, we can mute our eyes but we can't mute the ears

One of the luckiest things in my career is meeting Paul. P. Souck and John Morris. They are legendary sound designers in the industry and they are artists who are deserving to be called - 老师, they help me to find my confidence in sound and made my dream come true!

I was fortunate to begin my career in San Francisco in the 1980’s. I worked for Francis Coppola’s Zoetrope Studios and George Lucas’ company, Lucasfilm. Besides those directors, I have had the honor of working with Philip Kaufman “The Right Stuff”, Milos Forman “Amadeus”, David Lynch “Blue Velvet”, and Peter Weir ”Mosquito Coast”. I was lucky enough to work with sound designers Ben Burtt, Alan Splet, and Walter Murch. I learned much about the craft from each of them.

I moved to Los Angeles in 1986, and have had the continuing fortune to work with directors such as Brian DePalma “Raising Cain”, Luc Besson “Leon, the Professional”, Bryan Singer “X-men”, Steven Spielberg “Catch Me If You Can”, Tony Scott “Domino”, Park Chan-Wook “Stoker”, and Ang Lee “Life of PI”.

My current goal is to rely on my more than forty years of experience in post-production sound to begin mentoring young sound editors and designers in the evolving professional workflow in Hollywood. I am planning on putting together a team of veteran sound editors, foley artists, and re-recording mixers to tech their respective skills to their young counterparts in an on-the-job environment working on films being prepared for theatrical release anywhere in the world.

If you are a director looking for creating a sonic experience, or an HR looking for a sound artist, etc.

I have a complete solution for you. I provide Oscar-quality sound design and music for your creation. From Interactive media sound to film sound, I will use my experience to design the only sonic experience for your project.

If you are looking for sound design for interactive media, AR/ VR, Sound Art/ Installations, you can email me at my Earsup Design Company email - [email protected]

I am currently working for Matt & Mark for the world-class theme park design around the world. Our project includes WARNER BROS. WORLD, UNIVERSAL STUDIOS JAPAN, M&MS, etc.
If you have an interesting idea in interactive audio but you don't know how, then shot me a message let's make the magic happen!

If you need help in Asia, we have connections in China - Paihua (The best full film production service in China, from IP, animation to music and sound), Japan - SYN World (sonic branding), Korea - Bluecap (the audio production for all Korean film you know).

If you come here for Sound Design Course at ASU, please send me a message at my ASU email for more details - [email protected]

If you come here to learn Erhu, please hit me a message directly.

Collaborate with CMMusic, the deal made you learn Chinese

If you are from Fiverr, Upwork, mandy, backstage, or any other online platform,
you have no connection in the industry with professional sound designers and music composers

I can help you to better understand what you need and save your budget.

What you are paying for?
7.1 Professional Calibrated Sound Mixing Studio (Genelec 5'' and upper model).
Pro Tools Ultimate, Reaper, Logic Pro, DaVinci Resolve, Sound Particles, Soundly, iZotope, Fabfilter, Soundtoys, dearVR, Focusrite, Krotos, Full Bundle.
And many other industry-leading sound design plugins including Penteo, Spanner, Antares, Melodyne, and Boom Library with the most recent version.
from stereo, 5.1, 7.1, atmos to binaural.
But the most important is the sonic experience for you. 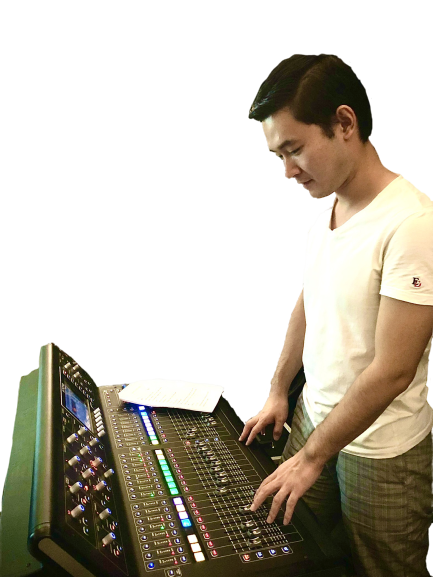 i want a website like this
Ucraft is committed to preventing phishing, malware and other types of fraud. In case of noticing any actions that violate applicable laws, regulations or third-party rights, please file your report here.
Ucraft is a free website builder that provides web designers, marketers and business owners with a set of web design tools to start their next awesome project in minutes. No coding or designer skills needed. Go to Ucraft